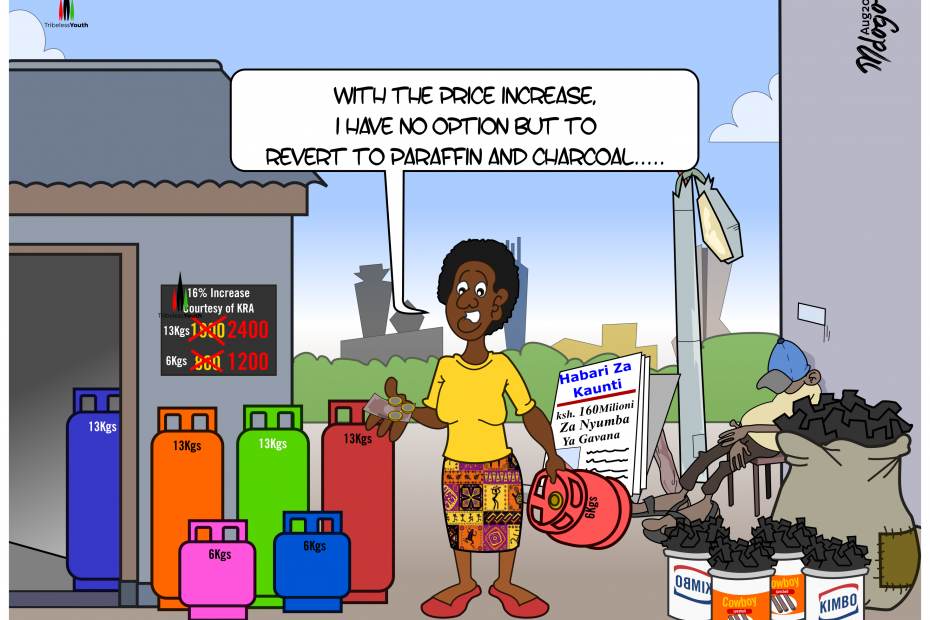 In September this year, the government through its Energy and Petroleum Regulatory Authority (EPRA) announced that Kenyans would have to pay more for fuel at the pumps.  According to the EPRA announcement, Kenyans have to dig deeper into their pockets for Super Petrol, Diesel and Kerosene, whose prices in Nairobi have gone up by KSh 7.58 per litre, KSh 7.94 per litre and KSh 12.97 per litre respectively.  The price adjustments vary in other counties but still remain even higher. EPRA attributed the sharp increase to the rise in the price of imported Murban crude and a weakening shilling in the international market.

Whereas Kenyans might not understand the calculations and justifications by EPRA which occasioned the sharp price increases, it is clear to all Kenyans that they are now faced with tough economic times, amidst a pandemic and a struggling economy.  The fuel increase has had a ripple effect leading to an increase in prices of essential commodities and services.

These, coupled with other economic hardships including, declining incomes, loss of employment, lower productivity, increase in prices of gas, electricity, transport and other essential services, has taken a huge toll on the physical, emotional and mental wellbeing of the Kenyan people.  Of greater concern is the effect of this high cost of living especially on Women and Women-led households amidst the COVID 19 pandemic.

According to an assessment report by the United Nations (UN) in Kenya, “household food security was at risk during the pandemic as a result of declining incomes, potentially reduced food production and limited market access.  More women than men had to either eat less/ skip a meal (33 % and 31 % respectively) or go hungry without food (12 % and 10 % respectively)”[1]

The report further states that, “During and after emergencies, conflicts or epidemics, women often face extreme challenges due to the gender inequality and discrimination that existed before and are exacerbated due to sudden shifts in gender roles and relations”[2]

As the COVID 19 measures and restrictions continue to be enforced in Kenya, more single mothers and women breadwinners continue to face a major challenge in putting food on the table. Majority of single mothers especially in urban informal settlements greatly rely on manual domestic work for their income this has hugely decreased during the pandemic and many mothers have retreated to unpaid care for their children and elders making them to exit the workforce.

There is therefore a need for state and non state actors to create, or improve already existing, response mechanisms to cushion women and especially single mothers and women heading households from the effects of the high cost of living during this pandemic.  This can be done by creating and/or increasing a special fund to support women run MSMEs and by extending social protection resources to the most vulnerable women.  Another significant intervention would be the establishment of psychosocial support systems for the mental wellness of women amidst these tough economic times.

That notwithstanding, we cannot forget to acknowledge the strength and resilience of women especially during the pandemic for we as Africans usually say that; “A mother is like a kernel, crushed by problems but strong enough to overcome them”.

Fuel prices have since been revised downwards in the most recent update by a margin of Sh7.28 per litre for Kerosene while Super petrol has dropped by Sh5 per litre. The prices of fuel remain extremely high especially for the demographics mentioned in this article.